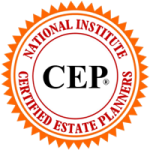 Michael is a 1999 graduate of the University of Missouri-Columbia where he obtained a Bachelor of Arts in Political Science and is a lifetime member of the Golden Key National Honor Society. He obtained his Juris Doctor degree from the University of Missouri-Columbia in 2002 and received the Edward Hunvald Award for Outstanding Work in Criminal Justice and the Roscoe P. Harris Award for Excellence in Advocacy in 2002.

HONORS AND AWARDS
Recipient of Edward Hunvald Award for Outstanding Work in Criminal Justice;
Recipient of Roscoe P. Harris Award for Excellence in Advocacy, 2002;
Recognized as a 2012 “Up and Coming Lawyer” By Missouri Lawyers Weekly